PUMPKIN ALE: 10 MUST-TASTE BEERS THAT EXIST THANKS TO THE NATIVE AMERICANS

All Saint’s Eve was only weeks ago, a Christian-Latin tradition that, little by little, has been contaminated by the “imported” celebration of Halloween.

Born out of Celtic-Pagan folklore, in particular British and Irish, and brought to the “New World” by the first settlers, the Night of the Witches found a home (and new vitality) in the United States.

From here, impressed in our collective imagination by successful 1980s horror flicks as one of the most fascinating American holidays, it has invaded the rest of the world, to the tune of “Trick-or-Treat”, children in costumes, jack-o’-lanterns, and its classic… Pumpkin Ales!

Yes, you read that right and I haven’t gone crazy. These beers were made with the heavyweight champion of cucurbits: the pumpkin. But don’t (only) assume that this is a marketing gimmick to turn our pints orange!

Pumpkin ales are the legacy of an ancient tradition (for a country that’s “only” 400 years old), created in emergency and for subsistence.

Pumpkin ales are one of the rare and few atavistic examples of an entirely Born in the U.S.A. brewing style.

The first written record can be traced back to 1771, when the American Philosophical Society, founded by Boston resident Benjamin “The First American” Franklin, published an actual recipe, yet it was discovered even earlier.

For all of the Middle Ages it was customary, in England and more or less throughout mittel-nord Europe, to use waterways as a place to dump every kind of waste imaginable, making it dangerous, unhealthy, and even deadly to drink it.

They didn’t dare swallow even a drop of water, even though the waterways in the New World were clearly pristine.

In 1587, the first haggard British settlers, on the route established by Venetian explorers John and Sebastian Cabot, began, in very a rudimentary fashion, to brew beer, and in 1621, just a year after having landed on Plymouth Rock, the highly persecuted puritan Pilgrim Fathers, of the famous and ethereal Mayflower, built, as the first structure of the newly created colony…a brewery!

“MAN DOES NOT LIVE ON BREAD ALONE”, BUT ALSO ON COLD BEER!

At this point the problem of the early Americans was that of raw ingredients. The mercantile shipments from the mother land, across the Atlantic, were sporadic, and the settlers’ attempts at cultivating barley unfruitful.

All seemed lost! But before asking the Titanic Orchestra to play its final piece as the ship was sinking, the “Sachem” (chief of a Native American tribe) of the Massasoit came to their rescue (the same one from Thanksgiving, just to be clear), teaching the new arrivals how to farm and use – for beer as well – the exotic fruits of the New World.

In this new and virgin brewing triumph, such was their thirst for beer that the colonists began to ferment anything they could find on American land…truly anything!

From the more “normal” corn, oats, and rye, all the way to acorns, carrots, persimmons, Jerusalem artichokes, and conifer buds.

Pumpkins fell squarely into this mad race, thanks to their nearly 10% sugar content (highly fermentable material) and the abundance with which they grew in the area (the most plentiful crop), leading to the birth of pumpkin ale.

PUMPKIN AND THE PROLETARIAT

Truth be told, this style wasn’t particularly successful. It was considered a strange and plebeian product, to be brewed only in times of absolute famine or need.

The American Noblesse Oblige, who could afford the luxury of expensive grains imported from Europe, almost never drank it!

The 19th century, with its improvements in agriculture and stable supply of high quality barley, marked the end of pumpkin ale, destined to be entirely forgotten.

But as Antoine de Saint-Exupéry wrote, “For every end there is a new beginning,” and our “cucurb-eer” was dusted off during the American Craft Beer Revolution of the Fabulous ‘80s.

Its (re)discovery has a name and last name: Bill Owens, of Buffalo Bill’s Brewery in Hayward, California.

In 1985, after having found out about a recipe written by non other than – drum roll please – George Washington (“THE” American Master Brewer and, in his free time, President of the United States), used by Washington himself to produce his own personal reserve of pumpkin ale, Owens decided to take a shot at reproducing it just once.

Subsequently perfecting the recipe and inserting barley malt and spices (no longer simply pumpkin), he created America’s Original Pumpkin Ale, the forefather of the species.

Alea Iacta Est! Thanks to the easy commercial positioning for Halloween and the True American side of the nation’s identity, the beer couldn’t but be a success, ultimately earning “official” recognition as a true style by the BJCP (Beer Judge Certification Program), under the name Autumn Seasonal Beer.

Pumpkin Ale 2.0 is, therefore, a sweet and (almost always) orange beer with lots of spice, thanks to the use of cinnamon, nutmeg, ginger, cloves and Jamaican pepper, which is supposed to recall the flavor of American pumpkin pie, typical of Halloween and Thanksgiving, more so than that of a colonial pumpkin ale. 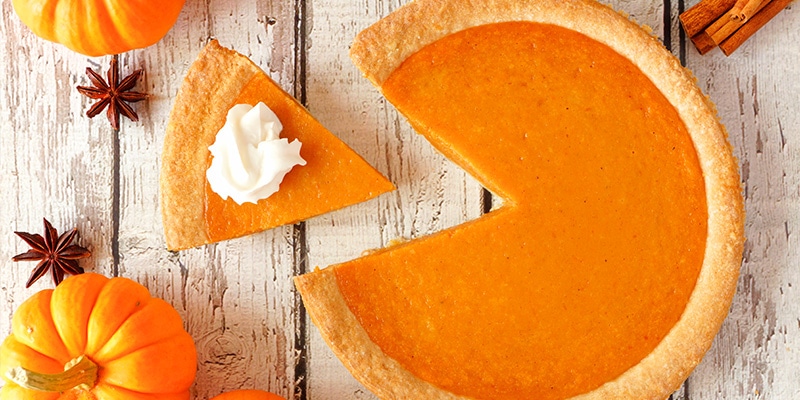 – America’s Original Pumpkin Ale by  Buffalo Bill’s Brewery, an absolute icon, still regularly in production, which has now been joined (from the same brewery) by Black Pumpkin Oatmeal Stout, made with dark Scottish oatmeal beer;

– the three examples of ale by Seattle’s  Elysian Brewery: the classic Night Owl, in Owens’ pure conservative style; The Great Pumpkin which, with its 8.4% abv, is the first Imperial Pumpkin Ale in history; and finally Punkuccino (made with coffee stout), a dark, coffee beer in the English style which has been officially adopted by the US;

And if you’re still thirsty… Pumpkin Patch Ale by Rogue Ales, Smashed Pumpkin and Pumpkinhead by Shipyard, and (simply) Pumpkin Ale by Schlafly or Great Divide.

What about in Italy? After several years of total inactivity, a decent production of pumpkin ale has begun to surface in Italy as well, so much so that we can even recommend a few more beers to add to your Must-Drink list:

– “Zucca” by Baladin, first created for the Regional Pumpkin Fair in Piozzo (CN), the most important Italian squash festival, which recently enjoyed its 25th edition;

– Pumpkin Ale by The Wall, available at their two brewpubs, while supplies last, in Venegano Inferiore (VA) and in Milan, specifically in the Isola neighborhood, north of Porta Garibaldi.

And save the date next October for The Great Pumpkin Beer Festival, the most important international festival dedicated to pumpkin ale, with eighty different beers to taste and two dates, one in Seattle and one in San Diego.

Now this is Halloween’s real treat!