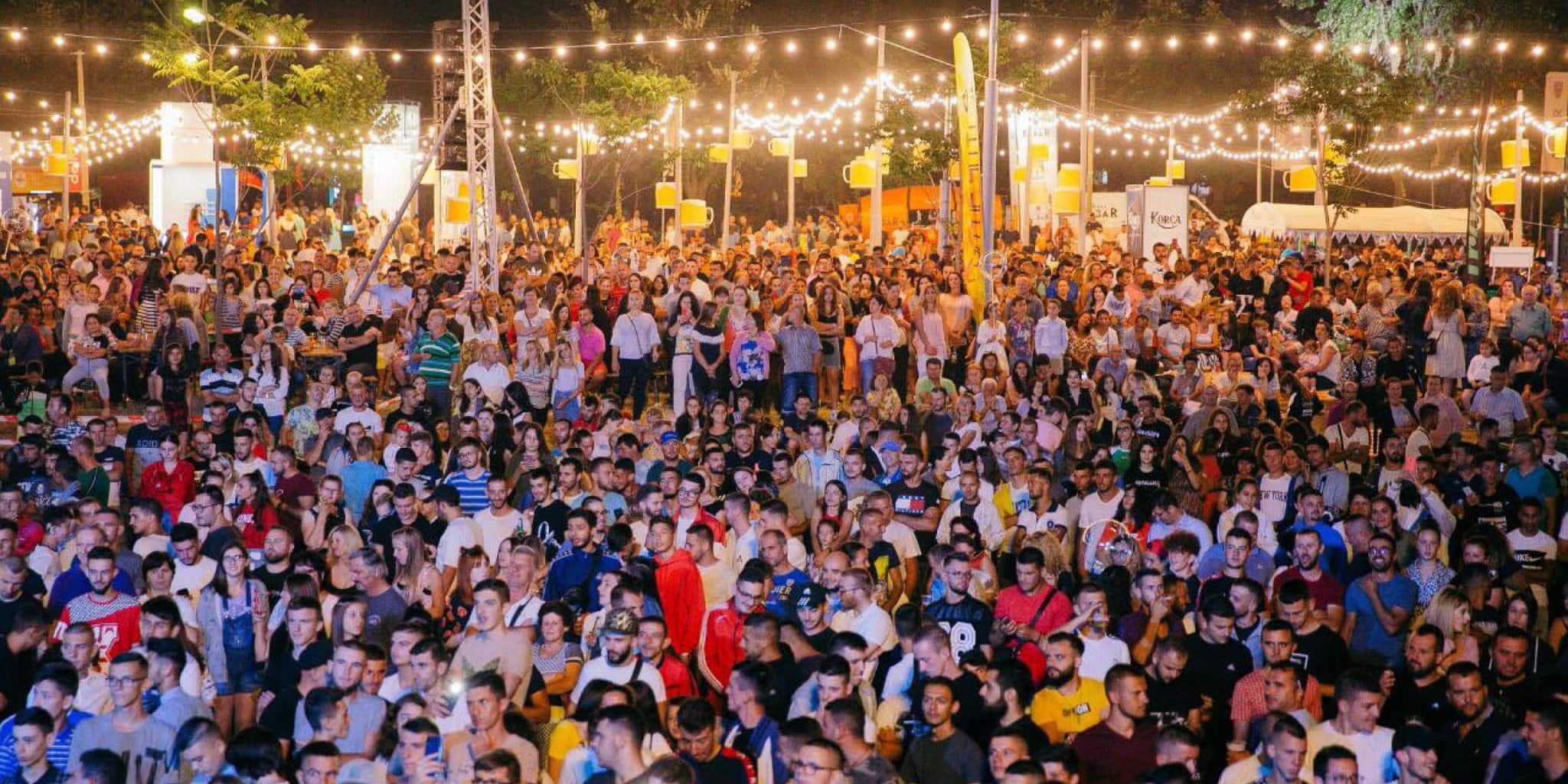 August, the peak of summer, full of vacations, travel, the seaside, the cloyingly sweet smell of sunscreen never too far off, and fleeting romances kindled on the beach and already over come evening.

In this sprawling tableau of overly tanned bodies, tiki bars, and midnight skinny dipping, could we, true beer lovers that we are, possibly forego, even for just one weekend, this refreshing blonde beverage? Never!

Summer is the perfect moment to share and participate in amazing festivals, all around the world, in a unique atmosphere that’s usually enhanced by music, events, and DJ sets, turning the whole experience into one big party. I’m not talking about neighborhood beer festivals, though these too can be fun and perfectly respectable, bur rather big events that punctuate, like a starry summer night sky, the calendar of “unmissable” beer-centric gatherings.

Plus, with the heat, which this year has been even more sweltering, what’s better than a nice cold and refreshing beer (don’t worry, you can have more than one…)? So, whether you’re in the mountains or by the seaside, in Italy or abroad, in Europe or beyond, I have something for everyone, everywhere, in every corner of the globe, in the farthest reaches of the…okay, that’s too far.

Oh, one more thing. I’ll list them in chronological order, like a kind of agenda, that way you can scroll through them, schedule them, and get your next month of beer-centric fun planned and organized, including your flights!

The Pale of the Emerald Isle, or modern-day Dublin, is a fantastic city, the perfect destination for a long weekend as well as one of the indisputable historic capitals of the brewing world. St. Patrick’s Cathedral, the bridges crossing the River Liffey, the statues of Oscar Wilde and James Joyce, and letting yourself be engulfed by the crowd at Temple Bar, obviously with a beer in hand!

It was here that, with the contribution of visionary brewer Arthur Guinness, an entrepreneur and master of the Dublin Corporation of Brewers (perhaps the name rings a bell…), the #Profound character (if you don’t know what this is, then hurry and take our Taste Test!) was born, like Stout, Extra Stout, and Foreign Extra Stout.

The Big Grill Festival takes place in Ballsbridge, a lively neighborhood in the south of Dublin, in Herbert Park.

20 craft breweries from all over Ireland participate, giving you the unique opportunity to become familiar with every nuance of Irish beer; from small brewers to sacred icons like O’Hara’s or Porterhouse Brew, one of the best producers of Oyster Stout in the world.

And if you have a few too many and want some outstanding food to help sober you up, no problem! 56 stands and food-trucks offering Irish and international cuisine are waiting to help you out.

Furthermore, true to expectations, there’s grilling and BBQ as far as the eye can see!

Trust me when I tell you not to miss the opportunity to taste a traditional Irish meat stew or a slice of Fish Pie!

Tickets cost €30/35, which includes the chance to attend masterclasses, round tables, live musical events and DJ sets, and, in addition to beer, tastings of whiskey (I mean, hell! we are in Ireland after all!), gin, cider, and ginger beer.

And if you’re really daring (this is only for the truly brave of heart!) and love impossible challenges, you can sign up, for free, for the 2022 Chili Pepper Challenge, the competition of the year’s spiciest chili peppers! 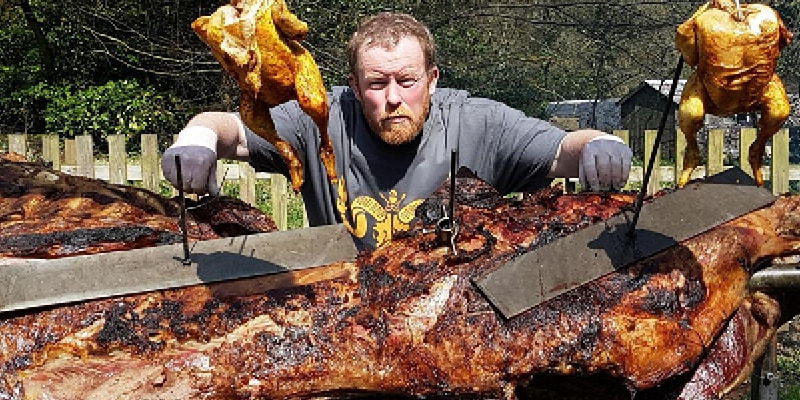 Could the Big Smoke possibly host just one summer festival?

No, because after the Great British Beer Festival, August 2-6 (I talked about it here), the party isn’t over, and, less than a week later, the engines are revving with the London Craft Beer Festival, in collaboration with the Brewers Association, from Boulder, Colorado, perhaps the most important brewers association in the world and the one responsible for the craft beer revolution.

120 breweries from around the world will be coming together at Tobacco Dock, the former warehouse for imported tobacco and now the Covent Garden of the East-End, a historic industrial building located in London’s Docklands, built completely from brick and wrought iron, including the vaulted ceilings.

From the heavyweights of craft beer, like Big Smoke Brew, Lervig, and Brixton Brewery, to the champions of the “old school” tradition, like the Czech Budvar or the Belgian Chouffe and Duvel.

Tickets cost € 215 (including drinks) for the entire weekend, or €80 for a single entry, either day or evening.

To conclude, Greek and Mexican cuisine or BBQ, accompanied by live music and DJ sets.

With its centuries-old Norse tradition, from Valhalla to Thor to Berserker, Scandinavia immediately earned a place of honor in the world brewing landscape.

Names like Mikkeller, Ægir, To Øl, and the above mentioned Lervig, are the standard bearers of Viking “cervogia”. Among these is also Brewski, a brewery located in Helsingborg, Scania, Sweden, at the southern border with Denmark.

Every year these wizards of Fruit Ale organize their own festival, Brewskival, but don’t assume that it’s anything overly self-celebratory.

They logistically open their structure to 120 breweries from all over the world.

Proper focus is given to Scandinavia, with the major players from Denmark, Sweden, Finland, Norway, and Iceland, as well as breweries from more than 15 nations, including Mexico, Croatia, the US, and the UK. The special guest at this year’s edition is Varvar Brew from Kiev, Ukraine.

The next day, August 14th, all you have to do is show up with a beer glass from the event and you can participate in a bonus day, in which, while supplies last, you can taste all of the leftover beer from the kegs that were opened over the previous two days.

This is of the most interesting and unique brewing festivals, as the goal (in addition to having fun) is inclusion.

We’re in Pittsburgh, Pennsylvania, one of the twenty cities in the US where the problem of racism, from segregation to inequality, is most acute. It’ s here the black community organizes the Barrel & Flow Fest.

150 breweries, from all over the United States, participate, including 30 owned by African Americans, with high caliber icons like Brooklyn Brewery, Samuel Adams, and Four Points Brewing.

The whole thing is accompanied by 7 concerts, obviously featuring black music, and 5 DJ sets, which alternate between two stages. The cherry-on-top of this extraordinary festival are the collabs-beers, unique and collaborative beers created specifically for the Barrel & Flow Fest by two separate breweries cooperating and working together, the perfect symbol of unity and integration.

This year the festival is expecting 55 such beers, which will only be available for tasting here, including two highly anticipated menàge á tròis: The Leaning Cask Brewing Company + Social Living + Siren of Stout and Crafted Culture Brewing Company + Mack Brewing Co. + Liquid Intrusion. 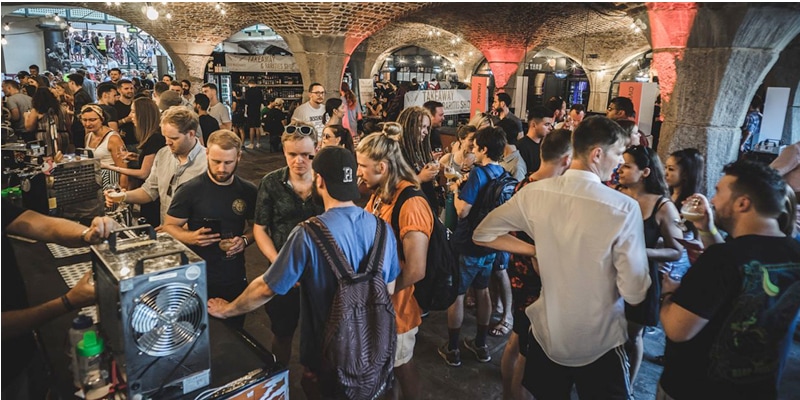 Korçë is the brewing capital of Albania, and, together with Plzeň and Sevastopol, one of the reference points for Eastern European beer.

It was here that, in 1928, an Italian entrepreneur, Umberto Umberti, brought beer to the country, opening the first brewery, Birra Korça, which at the time produced English beer. It was nationalized in 1946 and converted to Czech-German production. Nestled between Lakes Ohrid adn Prespa, the Festa e Birrës në Korçë, with its 100,000 visitors each year, is the biggest brewing event in the country.

The festival takes place in the piazza of the city’s bus terminal: a 4,300 square meter space that, over the course of five days, hosts 100 concerts and sees 100,000 qofte and 50,000 qebapa (traditional meatballs and sausages) consumed.

Despite being conceived and organized by Birra Korça, all thirteen of the country’s breweries are present, from Birra Tirana to Birra Stela.

I know, I promised you 10, but don’t worry, the others are coming soon. I just want to make sure they each get the attention they deserve.

So, let’s get started. There’s no time to lose. Pick your destination and get ready to embark on the first of a long series of summer romances.