Our collective imagination, made up of decades of commercials featuring breathtaking curves and enough ice to comfortably accommodate entire packs of polar bears and emperor penguins, relegates beer to a post-glacial habitat: freezing and dripping wet, ready to be knocked back.

Nothing could be further from the truth.

It wasn’t until 1748 that people (aside from Elsa in Frozen) managed to harness the cold. And even the first pre-refrigerator iceboxes weren’t invented until the 17th century.

As strange as it may sound, for thousands of years people apparently drank every fermented beverage warm, whether it was wine, beer, cider, etc..

Beer developed primarily in cooler to freezing climates, spreading throughout Northern and Eastern Europe, where grape vines would never have survived.

These are difficult stretches of land, with a harsh climate, lashing winds, and temperatures that can drop to -30°C.

In this context, what could be better than huddling together around a fire with a cup of hot beer to help warm us?

And by hot I mean… really hot, like a mulled wine: 50°C-70°C of festively inebriating, sugary and alcoholic, goodness!

Ladies and gentlemen, it’s my pleasure to introduce Mulled Beer (as it’s known): the perfect beverage for your festivities this year! 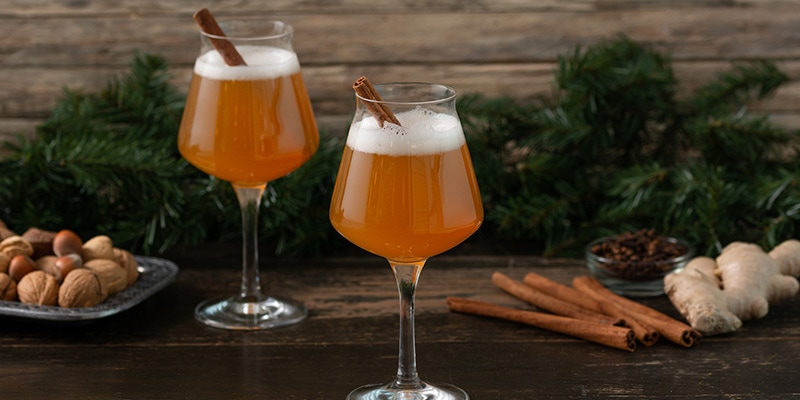 Born in the distant past, this beer spread throughout Europe’s Celtic populations and was the beverage drunk to celebrate the Yule, or winter solstice, one of the eight sabbats of the pagan tradition, the festivities of which lasted from December 21 to January 1.

In other words, Christmas before Christmas (to this day, in Scandinavian languages, the world “Christmas” is translated with “Jul”).

The darkest and scariest nights of the year (forget about Halloween), when the cold reaches its peak and one spends the many dark hours in vigil, hoping that the sun and its life-saving rays will return soon.

This tradition, like many others (the tree, mistletoe, holly), survived Christianization, creating today’s Christmas.

GOD SAVE THE HOT BEER

While the capital of Christmas Beers is undeniably Belgium, that of mulled beer is just as certainly the United Kingdom, though they can also be found from the Czech Republic, with its Teple Pivo (literally “Hot Beer”, how imaginative…) to Scandinavia with its Braggot, the forerunner to honey beer.

In the US, for example, where it’s more widely known as Hot Ale Flip, or simply Flip, it arrived with the first settlers as a sailor’s drink, before spreading from New England to all of the port taverns along the Atlantic coast (George Washington was a great connoisseur… and, above all, a great drinker), adding cream, milk, eggs, and bread to the recipe (the breakfast of champions!).

These hot beers were enormously popular from the 16th to the 19th centuries, filling cups from the most noble sitting rooms all the way to the seediest dockside pubs, not just during the holidays, but throughout the entire fall-winter season.

The British have a fantastic term for it: Winter Warmer, emphasizing both its prosaic and spiritual worth.

An infinite variety exists, able to satisfy every taste, from the Lambswool, scented with apple, nutmeg, and ginger, to the Posset, with milk and cinnamon.

They’re so popular and commonly drunk that they’re mentioned, recipes included, in novels like “Twelfth Night” by Robert Herrick and “The Pickwick Papers” by Charles Dickens.

In addition to the customary beer base, every recipe includes the abundant use of Christmas spices (cinnamon, nutmeg, juniper, cloves… the same ones as in Ikea’s cookies, just to be clear…) and sugar (at one time replaced in the Old World by honey, and in the New World by molasses, maple syrup, or squash), with the addition of fruit and an alcoholic “warmer” like rum, port, sherry, or madeira (very popular among the English), to make the mulled beer even stronger.

The most iconic is definitely the Wassail (from “Wæs Hæl”, Good Health in Old English), a hot beer made with spices and toasted apple, which was brought from house to house and offered while blessing the inhabitants and singing Christmas carols (for the record… Christmas carolers are still called Yulesingers…).

Over time, the Wassailing custom transformed into Mumping or Doleing (from “to mump” or “to beg”, and “to dole” or “to give alms”), a night of the year, called a Gooding, in which the poor and homeless were permitted to go door to door asking for charity.

People would offer them food and gifts (Good Things), and the beggars would reciprocate with branches of mistletoe or holly, Christmas carols, and the ever-present glass of mulled beer!

This practice was banned in the 20th century, not only to discourage begging, but also to quell the custom that the poor had of vandalizing the home (owners included) of those who did not give them what they asked for.

(Have you ever REALLY listened to the words of “We Wish You a Merry Christmas”, which we, sentimental and unaware, have our innocent and angelic children sing? “…Now bring us a figgy pudding… we won’t go until we get some, so bring some out here!” Bullying dressed up for Christmas.)

This has survived to the present day thanks to its adoption by charitable organizations which, while singing Christmas Carols at entryways and exits, ask for donations for charitable causes (in the full 1950s-Golden-Age-of-Hollywood style of “It’s a Wonderful Life” and “Miracle on 34th Street”, also essentials at Christmas time. And if you haven’t ever seen them, do!).

What with interdictions and the advent of refrigeration, the tradition of mulled beer has moved to our holiday tables (and more recently to every Christmas market), becoming the Christmas beverage par excellence, the “grandmother” of all modern Christmas beers, spices included.

So easy to make, and with results that are joyful to say the least.

The important thing is choosing the right beer, which should generally be strong, full-bodied, rich, complex, alcoholic (as you cook it, a fair amount of the alcohol will, whether you like it or not, become the angels’ share), and especially sweet!

Hops addict that I am, this is the only time you’ll hear me say it, so write it down.

Want a recommendation? Try it with one of the beers from Duck Brewery, an artisan brewery from the province of Mantua, like Ottona, Tripel dense, full-bodied, and spicy, Milky Murdock, a sweet and fruity stout, or Doppelbock, toasty and caramelized; three different spirits for your Mulled Beer which will give it just the right flavor and aroma.

Just heat the beer in a pot, let the sugar dissolve, add the spices which will flavor the Mulled Beer, and drop in the fruit, fresh or previously caramelized in the oven.

Cook for twenty to thirty minutes and voila!

And to make it even richer and more enveloping, when you’re almost done cooking you can add the distillate or liqueur wine that you prefer, from cognac to Marsala.

Want to know a little trick? Don’t ever let it boil, only simmer, remaining within a temperature of between 70°C and 90°C, so that you don’t lose too much alcohol.

All that’s left to do is share this auspicious Wassailing custom with your fellow diners: perfect as an ending to festive and epic Christmas lunches and dinners à la Highlander (there can be only one), a unique pairing with classic holiday sweets, and a stylish, warm, and alternative toast to New Year’s. 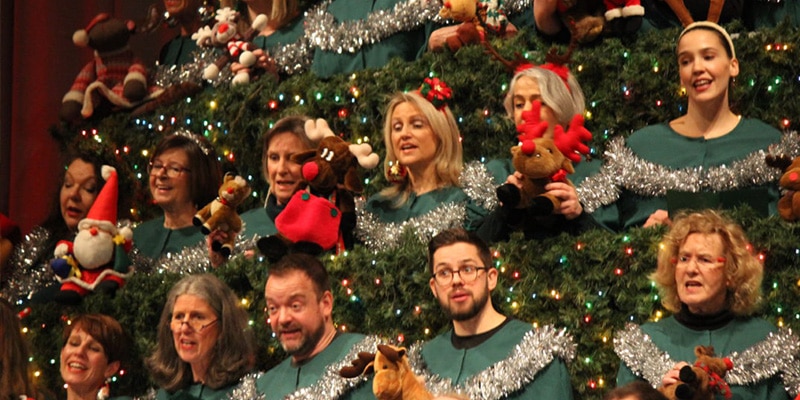 Pour the mulled beer into a large bowl (called a Wassailing Bowl).

With a ladle fill a cup, raise your glass and yell “Wassail!”, while the other guests reply with “Drinkai!” (from “Drink Hæel”, Drink and be well).

At this point take a sip of your mulled beer and pass the bowl to your neighbor (exchanging a kiss, with or without mistletoe), who will repeat this divine ritual.

Wassail to you all! 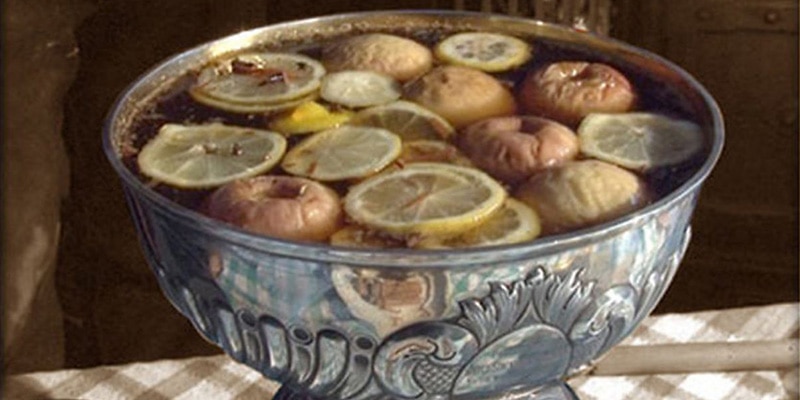