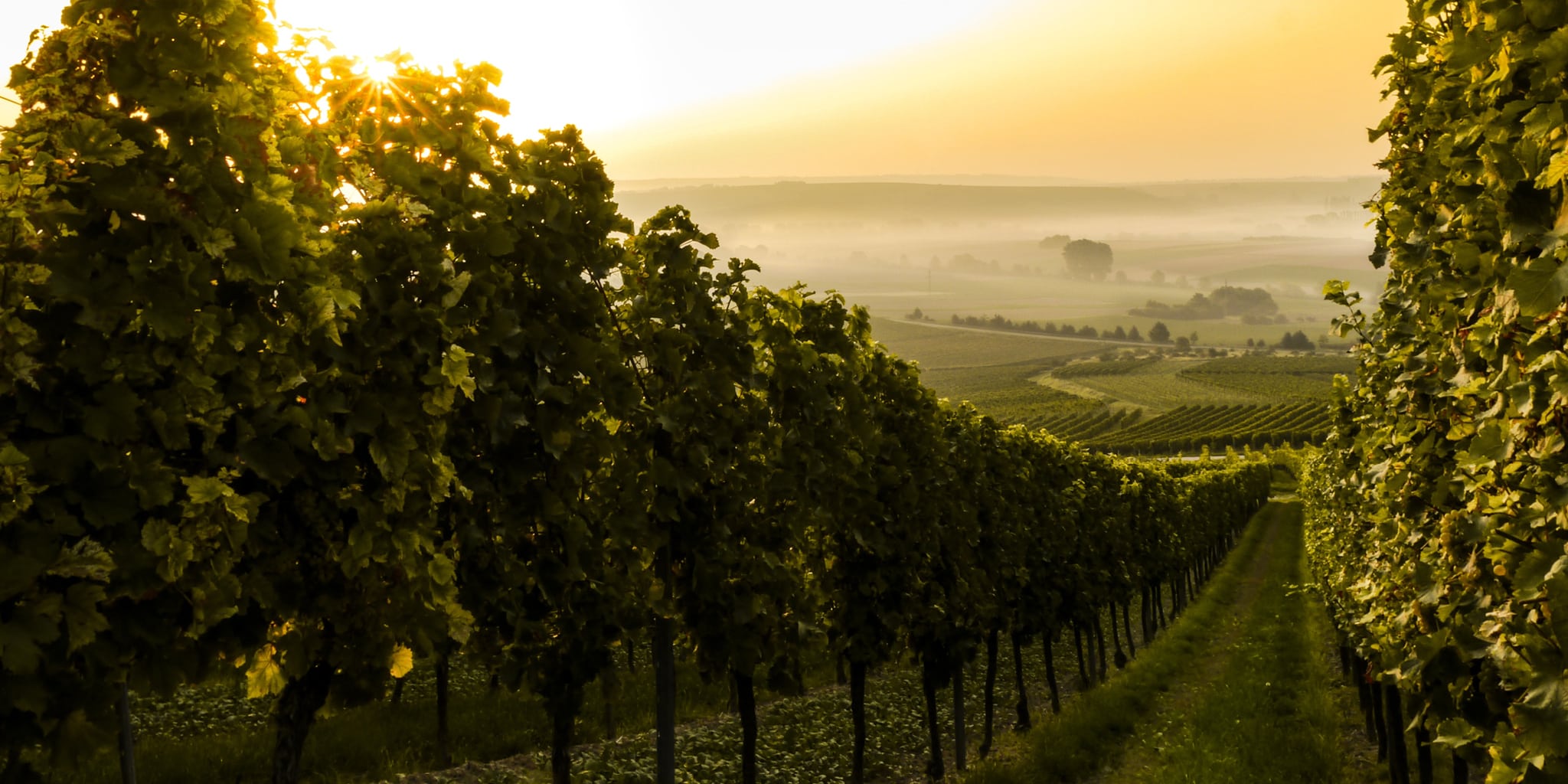 We told you in one of our articles about some of the black grape varieties for which Italy is famous. Among these, mentioned in the Chiavennasca variety, we also recounted part of one of Italy’s best-known grape varieties. We are precisely talking about Nebbiolo, the native dark-berry variety typical of Piedmont, which is definitely suitable for the production of excellent ageing wines (D.O.C. and D.O.C.G.). Here we would like to take you on a tour of some of the best-known wines made from Nebbiolo grapes, to take you through vineyards scattered across the hills of Northern Italy, to try to feel the beloved ribollir dei tini (quote from the poet Carducci, meaning “bubbling of the vats”) that will bring into the bottle wines ready all’anime rallegrar (quote from the poet Carducci, meaning “to cheer souls”).

PLEASED TO MEET YOU, NEBBIOLO

Nebbiolo is the autochthonous Piedmontese wine par excellence: it is cultivated in many other regions and countries, but the main areas of production are the hills of the Langhe-Roero, some areas of the Asti area, the Monferrato area and Canavese. Under different and very original names, it is also cultivated in the Vercellese-Novarese area (called Spanna) and in the Ossola Valley (called Prünent).

In the Valle d’Aosta region (Picotendre or Picotendro) and in Lombardy (more precisely, in Valtellina, under the name Chiavennasca) and in some areas of Sardinia (called Luras) cultivation is permitted, with results in some cases truly remarkable.

Undoubtedly, the name by which it is widely known remains Nebbiolo: it seems to derive from the term ‘nebbia’ (fog), due to the abundant bloom that covers its grapes or, more poetically, from the memory of the fog that envelops the vineyards in October, the harvest period for these grapes.

As producers could best tell you, Nebbiolo is one of the most complex of the Italian grape varieties. The wine it produces is full-bodied, has a ruby red colour and is particularly tannic.

The excellence of Nebbiolo production is concentrated in the Langhe, in particular in the areas of Barolo and Barbaresco wines: it is precisely in Neive that the Barbaresco DOCG Basarin is produced, whose name tells us something more about the cru cultivated by Adriano Vini winery. To enjoy its purity, the Adriano family recommends a timeless classic pairing: game, wild boar with ‘civet’ recipe or the excellent tagliatelle with duck ragout. For those who like to be daring, they suggest a liquorice fillet with Tropea onions: are you starting to salivate too?

The glass of Barbaresco you might taste is an intense garnet red with an orangey hint that increases with age. Nebbiolo, in fact, is a wine particularly suited to ageing: the production regulations require a minimum of 9 months of ageing in barrels for Barbaresco, but almost all producers extend the time frame by a wide margin.

Capable of delighting you with floral aromas and heady hints of spices, liquorice and jam, Basarin was considered one of the 100 best wines in the world in 2019 by Wine Enthusiast, a famous wine magazine, as you can discover in this article. From Nebbiolo come wines of truly great value.

THE VINE OF NOBILITY

Of a grape variety as prized as Nebbiolo we find mentions in treatises, manuals and even documents of bequests: these grapes were already considered valuable at the time of Pliny the Elder. They narrate that in the 1300s the Nibiol (as it is called in Piedmontese dialect) grape triumphed in the vineyards of Santa Maria di Vezzolano and that it was so prized that nightly surveillance of the vineyards and penalties were imposed, even corporal ones – up to hanging or cutting off the hand – for those who damaged other people’s vineyards or stole the grapes.

Not even the royal family of Savoy could resist the delights of this grape variety: it was cited as ‘the queen of the black grapes’ in the treatise ‘Della eccellenza e diversità dei vini che nella Montagna di Torino si fanno e del modo di farli’, by Giovanni Battista Croce, jeweller to the royal house. At the time, however, until the mid 19th century Nebbiolo was vinified sweet and rosé because wines made from this grape were considered too sour and far removed from the traditional wines chosen by the nobility: white or rosé, preferably sweet. 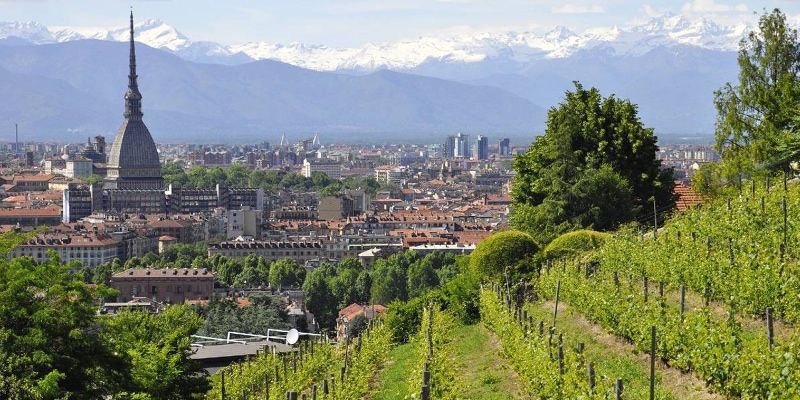 Today, Nebbiolo, the first wine to be produced from this grape, on the other hand, has very different traits, certainly capable of expressing all the characteristics of this grape variety. Nebbiolo is in fact known as a dry and still red wine, a type that best expresses its more complex and refined side. A winery like Marchesi di Barolo speaks of a very eclectic vine, which from the characteristics of the terroir in which it grows produces a wine that combines ‘full-bodiedness with elegance, fruitiness with fullness and harmony’. Thus their Nebbiolo d’Alba Roccheri, with its fragrant notes reminiscent of wild berries and floral hints of violets and wild roses. It is a complex wine, in which spicy secondary notes of vanilla and officinal herbs can be perceived.

The sixth generation of the Abbona family carries on with passion the activity that the Marchesi Falletti started at the dawn of the 19th century: a tradition that weaves together love for the land, care for quality and links with a noble past.

It is precisely in the cellars where Marchesa Giulia Falletti Colbert’s Barolo was born, that excellent wines are still bottled today, in a story to be savoured to feed oneself on history and culture.

ON THE BORDER BETWEEN REGIONS, THE WINE OF MOUNTAIN CULTURES

For centuries, the municipality of Carema has been a place of frontier and passage, a border between mountain cultures. This small municipality, the last in the Canavese area, is the only place recognised by the DOC of the wine that takes its name from it, Carema. This specificity makes it one of Piedmont’s most representative red wines, even though it shares the heroic viticultural traits typical of Valdostan wines.

Nebbiolo that grows on these soils between 300 and 600 metres above sea level produces a black grape that ripens rather late (even after Nebbiolo from other areas, beyond the end of October). Although grapes from other red grape vineyards in Piedmont can also be used to produce Carema, the percentage of Nebbiolo must be significantly higher. The Carema of Cella Grande, for example, is vinified with only Nebbiolo grapes, to obtain a structured, spicy, vanilla and cherry-scented bottle.

Established in the spaces that once housed the Cella di San Michele, a former 13th century Benedictine convent, the Cella Grande winery scrupulously follows the production regulations that require Carema to be aged for at least 4 years to refine its organoleptic qualities. During this period, the wine must be kept for at least 30 months in special oak or chestnut wood containers that will give the wine unique aromas and scents. The Riserva denomination, then, requires at least an additional year in the cellar for further ageing.

The Nebbiolo obtained in these lands is extremely intense, with evolved tannins, notes of cherries in spirit, cocoa, pepper and rose petals followed by the earthy notes typical of mountain wines. To taste this uniqueness, you can enjoy an exclusive experience inside the ‘Masun’, where you can try the great wines of Canavese, accompanied by a selection of cheeses, in a special atmosphere, right in the cellars of a monastery dating back to 1151. 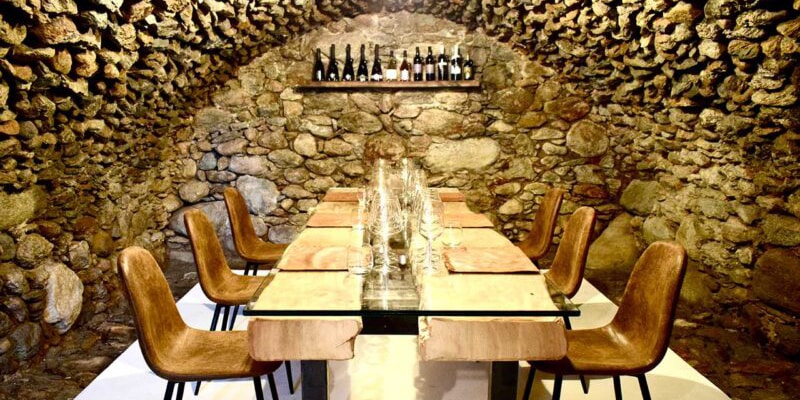 Nebbiolo is a grape variety that one must get to know, that should be tasted in all its nuances and variations, to appreciate its aromatic richness. A bit like the vine growers who cultivate it, tempered by the harshness of the land, it may seem rough at first encounter, but hides an elegant and refined soul. Curiosity and passion lead to the discovery of some of the world’s most famous wines, bottles that make Italian wine production proud everywhere.

We look forward to organising a full tasting, would you be among us?